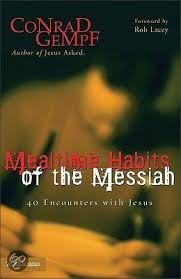 We started our study of Conrad Gempf’s book, Mealtime Habits of the Messiah in our Sunday school class last Sunday. And as I suspected, we didn’t get very far, very fast. In fact, we only got through half of the introduction. Lest you wonder…this is a good thing. There was much discussion and participation. Our class has grown so much that we have to find a better way to squeeze us in–such a glorious problem!

So while I was studying and preparing for the upcoming class the topic of surrender was mentioned…but the way my mind stuck on it you would have thought that it was the main theme. Rumination at its best.

Surrender. Not a popular word. Somehow it has become the definition of weakness, of defeat. We don’t want to surrender to our enemies, our spouse, our boss, our grandchildren. And yet we daily surrender to our passions, our obsessions, our addictions. Go figure.

For a bit, I want to focus on what surrender means in the spiritual sense…at least for me.

Here’s the problem as I see it: we think surrender means giving away everything and getting nothing. And somehow in that process I get lost…the me that I am, is gone. If I surrender to my spouse I cease to exist and it’s only them. If I surrender to God…then there’s no me. And we can’t fathom not being. That’s why we fight death so fiercely.

Until we begin to understand God, this surrender thing makes him seem like some cosmic terrorist: why surrender? He’s just going to kill us anyway. 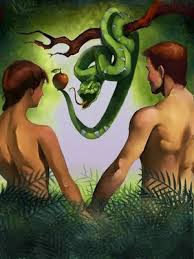 Our thinking is really twisted…thanks to the great deceiver and the work he’s been at since the garden. See, he started his number on the first folks, Adam and Eve–and primarily Eve. His job has been to distort God’s purposes and He’s really quite good at it and we’re really quite sucked into it. His opening remarks were to twist the words and purpose of God’s reasoning. “Did God really say that?” “I’m sure that’s not what he meant.” And then she bit and bought the apple.

What does this have to do with surrender? Everything. We think everything is ours and to get a piece of God we have to give it all up. As if to hold God in my hands I have to lay my stuff down. And there in, or in there, lies the problem. 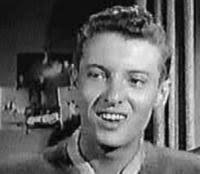 Nothing I have is mine. It may be in my possession, but it doesn’t belong to me. Having trouble with that? I understand. I was dealing with my grandson on the concept just the other day. He was playing with a neighbor boy, who happens to remind me of Eddie Haskill (if you don’t remember Leave it to Beaver, go look it up on youtube). He’s older than my grandson and constantly tries to take advantage of his naivety. Especially when it comes to trading. (This is a boy concept which I don’t get very well.) Eddie-boy tries to grandson to give him something or things and in return gives him junk that he tries to pawn off as really great stuff. Grandson wants to be friends with Eddie-boy so he goes along with it.

This trading isn’t too big a problem until grandson starts to trade off the stuff that we have paid for (aka: of high value to us as it should be to him). That’s when I step in as the enforcer and put the kibosh to the whole thing. The last incident left grandson in tears and confused and me trying to explain. I wanted grandson to know that we provide these things for him so that he will have things to do and play with while he is at our house (daily). He is allowed to play with them and in some sense they are his things, but they don’t belong to him. He is also charged with the care of these things.

The more I thought about this, the more I realized that this is how God sees things, too. He provides it all–but it’s still his. All he asks is that we acknowledge that and take care of it. 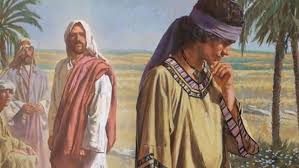 I think that was why the Rich Young Ruler (see Mark 10:17-27) had such a hard time when Jesus told him to sell all that he “possessed” and give it to the poor. He didn’t really understand who the true owner, possessor, was. He really bought the lie (of the evil one), and thought he owned it. He thought to give it, to surrender, meant that he would lose it all. As if to think that God really needed his possessions? I don’t need to own all my grandson’s toys. In fact, when he’s grown and gone, so will the toys. It would just be nice if he recognized the provision occasionally, but that might be a lot to expect from a seven year old.

But we’re adults and it seems to be what God is asking of us.

Could this be what Paul was saying to the Romans (Romans 12:1-2) when he describes our reasonable service/sacrifice as one that is living? He says God wants a living sacrifice. That is what is holy and pleasing to him. Too often we think we quit living if we surrender.

(I just had a moment…a thought…I was thinking about Abraham offering Isaac. There seems to be some parallels. Would God have allowed Abraham to kill Isaac? Or was he wanting to see if Abe would give, surrender his son–give back to God what ultimately was his anyway? Going to have to think on this some more.)

If you’re still reading along with me, then you have exceeded blogdom’s suggested word count and I thank you. Let me hasten to close…

Surrender is not to be feared or avoided. In many ways it reminds me of how I define confession: agreeing and owning what God already knows about me. Surrender is recognizing who truly owns everything and receiving it back as a trust–whether it’s my life, my money, my toys…you fill in the blank. I’m not, you’re not, the owner, but the steward.

And here’s a thought: God trusts you with his very best and treasured possessions. How will that impact your living?