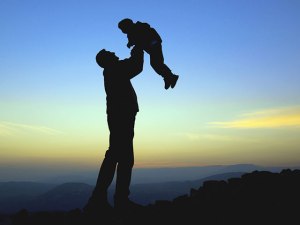 Day Three: Faith of a Child

Then he said: I promise you this. If you don’t change and become like a child, you will never get into the kingdom of heaven (Matthew 18:3, TCV).

What is the faith of child? Why would Jesus lift up the example of a child to a group of self-righteous and pretentious church know-it-alls? Perhaps because that’s who they were. It’s not how they started out. They were the holy leaders. The ones who pointed the way—but in the process they assumed the roles of God-protectors. Their position and piety could have been a reflection, pointing the way to holy living, but instead they made it nearly impossible.

They had hopelessly lost the way. And in the process, made it impossible for anyone to follow them.

As I was writing this, I was sitting in a coffee shop. Ear buds in and fully caffeinated. The song, “Wonderful, Merciful Savior,” came into my ears. The words, “we have hopelessly lost our way” played over and over. Then just as I realized what God was pointing out the song changed to a wonderful piano rendition of the child’s song “Jesus Loves Me.”

Coincidence? I think not. Not unlike the Pharisees of Jesus’ day we seem to have lost the gift of childlike wonder and trust.

Perhaps it’s not too late to turn and become as children again.

TO PONDER: What used to bring you to place of trust and wonder during the holiday season? What would it take to find them again?

TO DISCUSS: The Pharisees were consumed with being right and protecting God. In the process their lives became consumed with proclaiming rightness, while they sacrificed honesty. Jesus was calling them back to the honest living characterized by child-like faith. What could you learn from the faith of a child?

PRAYER: God, truth is you could have showed up, full-grown, and ready to lead your people. But you came as a baby. Let this season which seems often to be oriented toward children, become for us the daily reminder of your coming as that child, and our need to become as children in our relationship with you. Amen.

Then he said, “I tell all of you with certainty, unless you change and become like little children, you will never get into the kingdom from heaven (Matthew 18:3, International Standard Version).

My teeth were chattering as I held up my arms one more time coaxing my little girl to jump in the pool. To her the water looked too deep. And maybe Mommy was playing a trick.

I tried one more time. “Trust me, precious. I won’t let anything happen. Give it a try. Jump. I’ll catch you!”

Finally a different look replaced the fear that had been keeping her feet glued to the cement at the pool’s edge. With a giggle of abandon she leaped in the air and right into my arms.

The trust my daughter expressed in that act has defined my relationship with God. I may be reluctant initially, but I have learned to trust my heavenly Father’s arms—his promise to catch me.

When Jesus looked at the crowd of religious experts and told them they must change and become like children, I think in part he was referring to the same kind of trust. But even more, he was inviting them to leave the solid footing of their religious stagnation, rules, and self-absorption and find a new way of living in faith—of trusting in him.

As we move more deeply into this Advent journey will you trust God to teach you a new way to experience the age old story of Christmas?

TO PONDER: What parts of the Christmas story have become so familiar they’ve lost their mystery and power to change you?

FOR DISCUSSION: No matter our age, we can consider new ways to trust God. What can you do as a family and as individuals to move to a new level of trust in God?

PRAYER: God, I am so excited to see you anew, with fresh eyes and a trusting heart. Forgive me for the times when I doubt your love—your promise to catch me. Show me an area of my life where I can have greater “child-like” trust. To your honor and glory. Amen.