Our Heavenly Father, may your name be kept holy (Matthew 6:9).

You must not misuse the name of the LORD your God (Exodus 20:7a).

This week I’ll start a series of messages on the Lord’s Prayer. We’ll primarily consider Matthew’s version. So our first message is on, “Our Heavenly Father, may your name be kept holy.”

Meditating on this reminded me of the commandment listed above. Typically we think of “not taking the Lord’s name in vain.” Which is what then became the meme above when I put the commandment into the positive (more “do this” than “don’t do that”).

So much can be unpacked in this one verse of teaching on prayer. I would lift up to you two helpful books for your consideration/edification/education. The first book is by Kenneth E. Bailey, “Jesus Through Middle Eastern Eyes.” And the other is “The Greatest Prayer,” by John Dominic Crossan.

For this post, however, I just want us to consider what it means to keep God’s name holy. When you were growing up did your parents ever admonish you to not do anything that would tarnish the family name? In some cultures this is more intensely adhered to, but there is that element of family honor to some degree across the board. And the consequences varied with the intensity.

Something that is holy is set apart, or set above all else. In the commandments, God already established that the people were to have no other gods before him, and no idols. How it became more focused on our verbal use of God’s name is subject for another time. Limiting how we honor God with merely our speech, clearly misses the full understanding of “keeping God’s name holy.”

Bottom line, keeping God’s name holy is about how we live. In all that we do, are we putting God first? Do we carry the name of God well? Is the fish on the back of our car giving other drivers a clear message who our co-pilot is? Does the cross that we wear or Jesus name on our t-shirt proclaim whose we are?

As we consider the Lord’s Prayer, let’s be sure to begin by evaluating our words, thoughts and deeds.

Text: 2 Those of Israelite descent had separated themselves from all foreigners. They stood in their places and confessed their sins and the sins of their ancestors. (Neh. 1:2)

Teach: Separated. Chosen. Picked. That’s what God’s people are. Peter declares it this way: But you are a chosen people, a royal priesthood, a holy nation, God’s special possession, that you may declare the praises of him who called you out of darkness into his wonderful light (1 Peter 2:9). In the original language, to be holy is to be set apart for special use.

Take: Jesus in one of his final recorded prayers (see John 17) speaks to how his followers will be in this world, but not of it. Paul expounds on this when he urges the Roman believers: Therefore, I urge you, brothers and sisters, in view of God’s mercy, to offer your bodies as a living sacrifice, holy and pleasing to God—this is your true and proper worship. 2 Do not conform to the pattern of this world, but be transformed by the renewing of your mind (Romans 12:1-2a). We’re in this world, but the way are needs to reflect whose we are. Separate doesn’t always mean far away. We need to be sure the world can see the difference in us.

Task: Inventory time. As you pray today, ask the Holy Spirit to bring to mind the ways you are different, and perhaps where you have compromised. Are you ready to separate yourself? 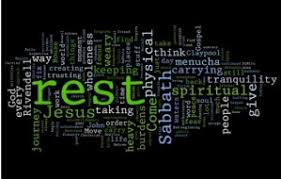