Ready or not…here I come.

I think it’s the perfect way to start our journey of Advent.

Readiness. How is one to get ready? Are we ever really ready?

We rush around getting ready for “Christmas” by buying, baking, and decorating. We’re experts in the “rush and hurry” department.

But in our hearts and minds, in our homes, and in our actions, have made room to receive this amazing give that is full of promise and saturated with peace?

He’s coming ready or not. Let’s be ready.

Loving and giving God, giver of all gifts. You know what is on our list, but you know what we truly need. In this season where the focus is often on the trappings and externals, we want to focus (oh how hard that is) and make room for the gift of your son, your self. May the mystery of what that is and how that is unfold and bring us into deeper trust and faith. Show us the path that leads to readiness and help us to walk in it. Amen.

But God demonstrates His own love toward us, in that while we were yet sinners, Christ died for us. (Romans 5:8, NASB)

That’s what today is all about.

It’s Friday. Jesus is made to carry his cross. They pound nails into his flesh. He hangs there and dies an excruciatingly painful death. And he dies.

He loves. And he dies.

He is the sacrifice to atone–to bring into one. My sin, your sin, our choices to feed our selfishness and our greed have separated us from the One who not only created us, but loves us.

This was God’s plan from before time began.

At our darkest point, he loved us…loves us. Provides for us.

PRAYER: On this solemn day, we say thank you for the expanse and expense of your love. Amen.

“How many days till Christmas?”

Isn’t that a child’s #1 question this time of year?

Where would they ever get the idea to wish this day away and hope for one to come?

I’m going to wager a guess it might be from the adults around them. You know the folks who look forward to Friday, or teachers whose calendars mark the days until summer, or grandparents counting down to retirement.

We all do it. Maybe it helps to have a date out on the horizon to get through the pain, despair, loneliness, and drudgery of today.

But if tomorrow doesn’t come?

Do you know the day that matters most to God?

Give us this day…Today if you hear his voice…Today is the day of salvation.

You have today. Enjoy it. Revel in it. Live in it. Give thanks for it.

PRAYER: Thank you God for today. This day. Keep me here to live to your glory and honor. Amen

May you be strengthened with all power, according to his glorious might, for all endurance and patience with joy Colossians 1:11

But it is his gift…his enablement. And our choice.

PRAYER: God, you give us all good gifts. As we wait on you, for you, and with you, help us to consider what we have, where we are, and what will come…all things with an attitude and action of pure joy. Amen. 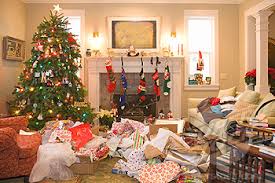 Did you get everything you wanted?

Earlier this week I mentioned “unprayed answers.” I was introduced to this concept by a dear man of God. It has stuck with me and become a integral component of my relationship with God.

When this concept was presented it was linked to “The Confederate Soldier’s Prayer.”

No matter what you received this year…or didn’t receive…my prayer is that you will find this prayer true for you.

A CONFEDERATE SOLDIER’S PRAYER
Author Unknown,
(Attributed to a battle weary C.S.A soldier near the end of the war)

(I didn’t change the original wording…but rest assured when I pray it, the last line reads much more personally: I am among all most richly blessed.)

5 You must have the same attitude that Christ Jesus had.
6 Though he was God,[a]
he did not think of equality with God
as something to cling to.
7 Instead, he gave up his divine privileges[b];
he took the humble position of a slave[c]
and was born as a human being.
When he appeared in human form,[d]
8 he humbled himself in obedience to God
and died a criminal’s death on a cross.
(Philippians 2:5-8, NLT)

There is so much fanfare, hype, glitz, and spending at Christmas. It sort of takes over. And we overlook the simplicity that characterized the first Christmas.

A young couple. A husband who could have demanded his own rights, yet humbly cared for his wife and believed that God had a plan. A young woman who was probably scared to death, determined to be God’s servant…a pretty humbling choice to make.

A stable. A manger. And the first recorded visitors: shepherds. The King was not invited. He wasn’t even informed. The wise men who sought him came later. Came to the palace, but found the Messiah in a humble home.

Paul paints a really clear picture of what Jesus gave up to come to us. Live with us, showing us God’s love and grace, and then giving his life.

I’m humbled by that.

I did a word study once and the word humble has a root that we would recognize as humus…you know like dirt. Remind you of anything? Adam was made from the dirt. He had a humble beginning. And Jesus chose to be humble.

How will you be humble this Christmas season?