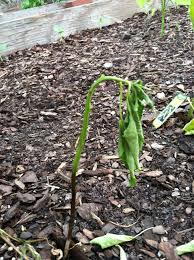 There was no moment when we outright decided that I wouldn’t have a garden this year. My husband and I just seemed to come to an unspoken agreement. As much as I have loved the smattering of offerings that have come from my meager efforts, it just hardly seems worth the cost based on my effort–or lack thereof.

I don’t find weeding therapeutic like my friends do. I have no passion for produce production. When things do grow, either I can’t eat them fast enough or the groundhog eats them before I get to them. And let’s face it: I have no desire to propagate the groundhog population by keeping them nutritionally sustained.

I’ve never been very good with plants. I have often said that I need houseplants that thrive on blatant neglect, and then the odds aren’t always in the plant’s favor. My outdoor foliage faces much the same fate. I love beautiful landscaping, but know that the only way I’ll have it is to hire it out and I just can’t afford that. 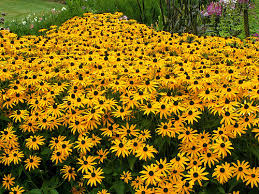 Last year a friend was thinning out the plants around her house and I inherited sedum, hostas, and day lillies. To my absolute delight they took and are growing well this summer. Someone let me know that these plants were half weeds, so they were genetically disposed to defy death. Works for me. She also gave me some black-eyed Suzies, but they did not fare as well. The place where I chose to plant them didn’t afford me enough room to get them deep enough. They were also the last plants I replanted that day and it was over 90 degrees and I was beyond exhausted. I had really hoped to have a beautiful view of a cheery patch of yellow right outside my office window. 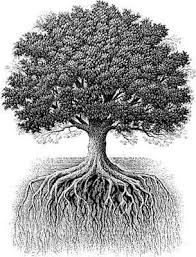 As I thought about the failure of my flowers, I was reminded of Paul’s prayer for the Ephesians, specifically that they would be rooted and grounded in love (Ephesians 3:17).

I want that so badly.

Growing up, we moved around a lot, enough that people sometimes asked if my dad was a preacher. I never had the feeling that I belonged anywhere. When we finally did end up in a church where the youth group was close, I jumped at the first chance I had to get connected with God because that was what they had and I wanted it!

I’m thankful God has tempered some of that enthusiasm and overwhelming neediness over the years; and worked with me through my struggles and failures. It’s all been part of the process of sinking my roots deeper into him and keeping me grounded.

As for Paul’s prayer, I believe there are some solid reasons why Paul would include the importance of rootedness and grounding. Three to be exact. (I was a preacher for 20 years…old habits die hard.) Good roots result in good growth. Jesus was pretty clear about the importance of growth. It was so important to him that in his final hours with his disciples John records a lengthy teaching on the subject (see John 15). Peter picked up on it too and clearly instructed believers to make every effort to grow–specifically in grace and knowledge. We need a solid root system to take in the proper nourishment so that keep growing, because if we’re not growing…we’re dying.

Good roots also result in stability. Not long ago there was a pop up storm in my town and several very large pines were pulled up by their roots. I was surprised, until I learned how pine trees (at least these kind) don’t have roots that go very deep. When big storms come that can’t withstand the force and are uprooted like toothpicks.

I don’t know how your life has been, but I have weathered some pretty major storms–spiritually speaking. One thing I am absolutely certain of is that I didn’t do it on my own. Sometimes I wondered if I could make it, could I stand the test? With each wonderment came the assurance that there was a power holding me fast. The times when I failed the test and the storm won, I clearly see how I neglected my roots and I was far from being well-grounded.

I sometimes wish that there was a product called Spiritual Miracle Gro that would result in instantaneous growth and fruit. Experience has taught me growth takes time. But it is definitely time wisely invested.

I shared these thoughts with a friend and he suggested a fourth reason for a good root system. He described a picture he saw once of roots of several trees. The roots were intertwined giving the trees a greater strength as they came to depend on one another. Makes me sad for the tree standing alone out in the field. Being connected is good–especially in a storm.

So how are your roots? I’m going to work on making sure mine are well connected, well fed, and in good soil. Maybe next time will consider the value of good mulching…but I’ll save that “poopy” story for another day.

2 thoughts on “Rooted and Grounded”